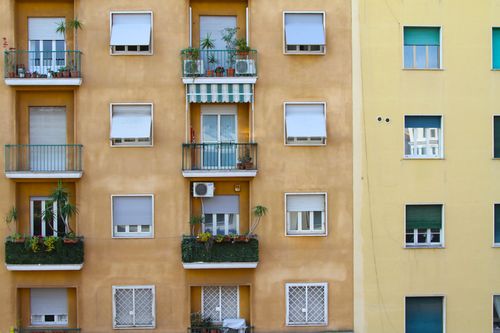 Imagine your city where residents of limited means could live in affordable social housing located in the city-center and peacefully enjoy their neighborhood for years to come.

How do we get there ?

This intervention may result from the collective engagement of citizens to resist the gentrification process that occurs in many city centers. Especially in a context of economic crisis, new urban development projects led by and attracting wealthy residents and businesses may be carried out at the expense of selling public real estate and privatizing social housing (Q3). Consequently, the social structure of the neighborhood is likely to change and cater toward more affluent people. As a response, (former) residents, especially from working-class or ethnic minority backgrounds, could initiate a resistance to displacement (Q10). Such resistance may grow and become more visible, eventually reaching other actors including community organizations and local public authorities (Q12).

How do governments come (or not) into play in this struggle?

In such an intervention, the role of public authorities is quite central because privatization in the housing sector is often closely related to governmental regulatory frameworks. Indeed, as national and local governments are running out of public money because of an economic crisis, they may have enforced a set of privatization policies in the housing sector (Q24). Such austerity policies lead to the eviction of working-class dwellers who eventually, could launch resistance against it.

What are the actions taken by citizens to resist displacement?

To resist against the privatization of social housing and evictions, citizens could voice their right to “stay put” and engage in different actions including occupying housing. Opening the dialogue between resistance fighters and public actors may be central to the success of the intervention. For this purpose, the creation of a citizen platform voicing the claim of citizens to the municipality may be quite a crucial tool (Q13). Indeed, it could raise awareness among local authorities on the detrimental impacts of privatization policies, and possibly lead to the creation of a set of new policies, including re-housing or the regularization of informal housing (Q24).

What are the challenges in implementing anti-gentrification policies?

Although a public response would be welcomed, it may not equally benefit residents, depending on their wealth or social status (e.g. migrants), and as a consequence, create dissensus among them. Eventually, community resistance could be undermined. If governmental policies are not consistent i.e. do not equally protect endangered residents, they could reinforce the social problem initially addressed (Q25).

What can we learn from this case?

These governance arrangements between citizens and public actors against gentrification aims at being inspirational. The processes it features may be replicated in other urban settings in a similar context i.e. where the public sector is weakened by an economic crisis. Sharing and discussing these processes between community organizations and between different local and national governments may be quite helpful to support learning about effective tools for resisting gentrification (Q31).

Take a look at the detailed description of Bottom-up resistance against gentrification in Rome that has inspired this scenario. In Rome, resistance fighters thrive to impeach the displacement of working class dwellers from the city center, a gentrification process which is fostered by pernicious and neoliberal regulations on public housing stock.

This scenario relates to an enabling governance arrangement: