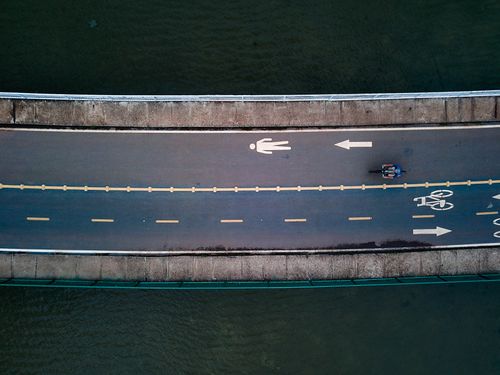 Imagine your city's streets not being dominated by cars but by people. Streets are a place of social gatherings, a place where children play and neighbours meet, a place of interaction; they are urban hotspots!

How can we get there?

Reaching this reality would mean largely rethinking our transport and mobility system. In many places, cars are the dominant mode of transport, which leads to air and noise pollution, accelerates climate change, and makes urban life less healthy. Combatting these issues is also a matter of justice as poorer people are generally more affected by environmental degradation, pollution, and the effects of climate change. Additionally, streets right now mainly serve as transport routes, but have lost social functions that they once had (Q9). Giving streets their old functions back also means targeting injustices created by urban intensification and the unjust effects of a weakened civil society, such as the exclusion of marginalized groups in urban governance.

How could a municipality address these problems? Who would municipal actors need to work with, who would they have to include?

A complete overhaul of such a deep-rooted problem would necessitate working together with all kinds of local stakeholders, be it local businesses, NGOs, and academia (Q12), but especially crucial seems to have local residents on board (Q13). Such a city-wide transformation would also have to adapt to local particularities. Formalized local working groups that regularly meet and are responsible for designing the process in each neighbourhood could give citizens responsibility and power over their neighbourhood while also including a variety of other actors that want to participate (Q13 & Q15). For this to work, it is necessary that municipalities safeguard their power to govern their local transport system (Q19). Additionally, connecting the process to other local level sustainable development policies and agreements in different sectors can give the project legitimacy and help develop holistic visions for comprehensive change (Q18). The better integrated specific solutions are into bigger developments of change, the easier it is to believe in grand opportunities of change and the power of a shared vision! (Q19) If this happens, sustainable developments may be achievable even with comparatively little extra spending (Q21).

In what ways can municipalities deal with and learn from potential local resistance?

As this process hinges upon working together with citizens, it is crucial that citizens feel they are an integral part of it. Still, municipality-led processes might encounter local resistance, potentially because residents do not believe in the effectiveness of the process and its ability to change the current situation or because they fear potential negative consequences (Q23). For example, some may question whether public transport can provide enough capacity to cushion the reduction of private car usage or worry that commuting to work would take too long (Q23). To address such concerns, it may be important to tackle the substance of the problems, but it could also be important to change the process, especially how participation is organized (Q24).

Why should municipalities look at similar projects in the past to ensure more just participation in the future?

Looking at learning outcomes from past projects in your own city can further help the process in overcoming obstacles. This might mean that experiences from past policies in similar sectors, for example making streets more pedestrian-friendly, can prove vital here (Q27). It might even be the case that resistance in the past against other municipality-led projects have voiced the same concerns. This might help in finding solutions for overcoming those obstacles as well as encouraging project proponents to not give up if things do not go as originally planned (Q27). In the end, more general flexibility in how the project develops could lead to improved methods of communication and participation in the future (Q28). Finally, communicating with media about ideas within the project can help pique the interest of other cities and spread knowledge to other urban areas (Q33).

Take a look at the detailed description of Dealing flexibly with and learning from resistance in Barcelona that has inspired this scenario. The Superblocks Programme in Barcelona is a mobility concept that tries to restructure the city in 503 so-called Superblocks, lowering the amount of cars and returning public functions such as leisure and neighborhood activities to city streets.