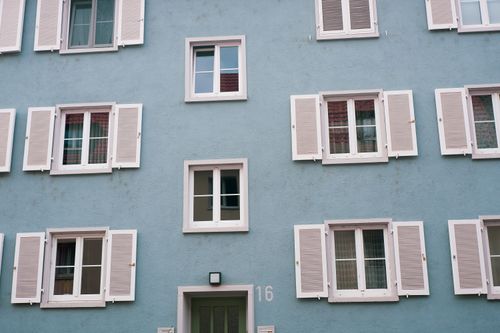 Imagine a green and pedestrianized city district where residents have participated in creating affordable and sustainable housing.

How can we create this reality?

This intervention may be initiated by citizens wishing to live in more sustainable ways. With a common understanding of what a sustainable neighbourhood could look like (i.e. affordable and low-energy housing, green areas, and gentle mobility), citizens from diverse backgrounds could engage in formal urban development processes to bring their vision to life. More specifically, these plans should converge with the municipality’s interest in establishing a new district, in so doing experimenting with innovative measures such as participatory planning and the integration of citizens’ housing cooperatives (Q.10). Success would depend on the collaboration between citizen organizations, which would be progressively professionalized, and the municipality working in partnership to implement the project (Q.13). Indeed, a real co-creation process can only result from the well-defined and (relatively) horizontal distribution of responsibilities between each group (Q.15).

Building on the experiences of previous community projects could facilitate citizens’ participation. Indeed, such background may provide legitimacy to citizen-led interventions and build trust among municipal actors in the capacity of citizen groups to successfully implement projects (Q.20). Additionally, the organizational and human resources from other community networks may be of great support for the project’s proponents (Q.27).

Which problems could arise for such a project?

Undoubtedly, such innovative collaboration may not work smoothly right out of the gate, and some obstacles could be encountered on the way. For example, bureaucratic frameworks usually used by municipalities in urban development projects may not be adapted for such co-creation projects. Eventually, it could constrain citizens' participation, who may then feel unjustly treated or disregarded by the municipality (Q.23). Dissensus may also arise between grassroot project proponents that have contrasting visions about the district development (e.g. more libertarian or more institutionalized ambitions).

How can we deal with these obstacles?

Since such obstacles are often related to misunderstandings or a lack of communication, most important would be to openly discuss any frustrations (e.g. about procedures and visions) and appreciating the mutual expectations of the different citizen groups and the municipality. A mediator or the creation of a special council with representatives from both groups could facilitate dialogue and be of great support (Q.24). As roles and expectations are necessarily adjusted and transparency and mutual trust between actors is reestablished (Q.29), the project could be successfully implemented. This intervention on governance arrangements for urban development projects aims at being inspirational for citizens and urban policy makers (Q.31). Eventually, key governance arrangements featured in this scenario may be replicated elsewhere, including in different sectors at the municipal level or/and to other urban contexts (Q.33).

This scenario was based on the development of the Vauban Eco-District in Freiburg, Germany, where the municipality created a special representative council (Vauban City Planning Council) and collaborated with citizen’s groups (namely the Forum Vauban and co-housing initiatives) to co-create the sustainable neighborhood project. If you are interested in how obstacles have been overcome in this case, see Q24. Check out their website to learn more: http://quartiersarbeit-vauban.de/das-quartier-vauban/