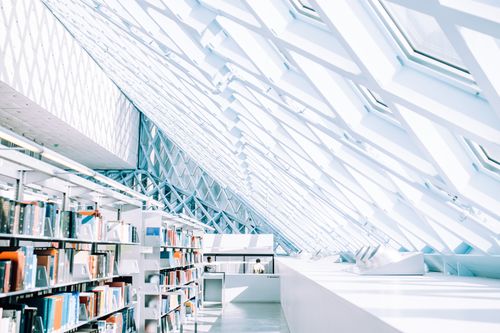 Imagine a city where urban infrastructure is brought by private actors to degraded neighborhoods, for local residents to enjoy green spaces and cultural activities.

This intervention could develop even in a context of economic crisis (Q9a). In such a situation, the municipality, close to bankruptcy, may not have the capacity to address the social problems associated with a degraded neighborhood. Yet, a private actor may be motivated by these problems to support weakened public authorities (Q3). In this case, such an actor could engage in urban regeneration by conceptualizing an urban renewal project and offering to develop it in the framework of a public-private partnership with the public authorities still owning the land (Q10).

The cornerstone of such a partnership may be its financial arrangements (Q18). Whereas public actors would be weakened by the crisis (Q17), the private actor may be able to cover all project costs and donate it to public authorities after completion. In return, the donor could have the leading role in operating the project (Q13). It could take over the responsibility for decision making whereas public governmental and non-governmental actors would only have a limited agency (Q15).

What are the dangers in giving away responsibility to private actors?

To facilitate the process, the legal agreement linking the public to the private actor may be submitted ready-made to the public authorities (Q23 & Q24). However, letting one actor operate on its own may centralize knowledge and resources (Q30) and would not necessarily provide learning for other actors involved in the project, including municipal agents.

More crucial, a public-private partnership likely entails a high dependency of public authorities on the private actor. Unscrupulous donors could be expecting a financial guarantee for their operation, including reimbursement of some costs if the project is not financially viable once it starts operating (Q21). In this case, public authorities may be at risk of sliding even further into debt. Such an example highlights the need to agree on fair terms between private and public partners.

What can we learn from this?

Some public-private partnerships are inspirational while others are informative on what to avoid. However, the emergence of such a partnership may be closely related to a specific context of economic crisis and austerity. In all cases, such partnerships should be clearly beneficial, e.g. as the only possible way of bringing essential services to those in need. The possibility of unintended (long-term) consequences need to be considered, though, e.g. that democratically elected authorities may lose a significant part of their autonomy (Q31).

Take a look at the detailed description of Public-private partnerships for sustainability infrastructure in Athens that has inspired this scenario. In Athens, a public-private partnership was established to create a sustainable infrastructure hosting a cultural center. However, such partnership established in a context of austerity gives a lot of decision-making power to private investors at the expense of public authorities and risks the privatization of publicly owned space. Check out their website, https://www.snfcc.org/en

It relates to some drivers of injustice: