"Unfit institutional structures" as a driver of injustice refers to those aspects or functions of organizations, public offices, administrations and authorities that deal with urban governance and stand in the way of achieving just outcomes in urban sustainability.

Urban sustainability depends largely on coordinated policy and effective decision-making by urban governance institutions within cities and in regional, national and inter/trans-national bodies. A core observation in this regard is that strict top-down approaches limit knowledge generation and exchange, and that regulatory barriers posed by rigid bureaucracies often result in sustainability policies that fail to address the realities of vulnerable residents. 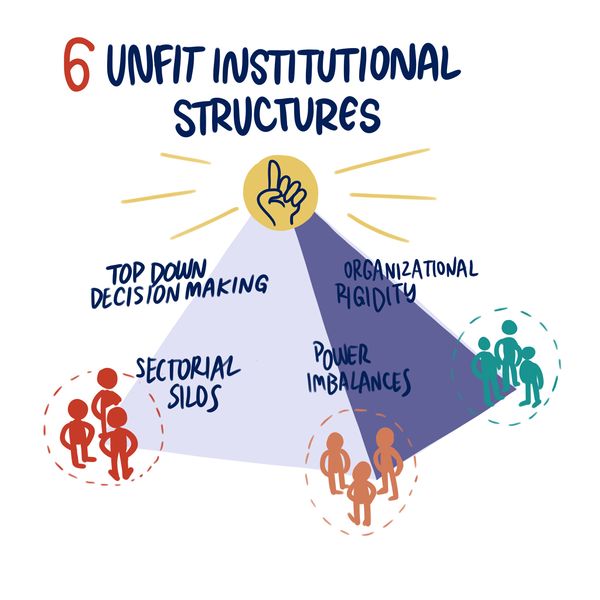 Institutional dissonance is often observed between the (sustainability) priorities of local (municipal/regional) authorities and those of central government institutions. It is, for example, often the case that central-level regulating bodies stand in the way of transformative change at the city/town level (Janoušková, 2013[1]; Ulied et al., 2019[2]).

Within the city level, also, organizational networks consisting of long-term coalitions between local government agencies and private development groups can have priorities that conflict with those of local communities. This can be especially true when dealing with so-called targeted “problematic” neighbourhoods, or districts that become subject to urban regeneration/revitalisation (Ulied et al., 2019[3]) (see also Driver 4 Uneven and exclusionary urban intensification and regeneration). In these scenarios, it is commonly found that while global/city actors tend to focus on large scale developments (e.g. attractive spaces for residents and activities), local actors claim that both physical and social changes stemming from sustainability interventions should benefit the existing residents and be driven by community groups (distributive & imaginary justice).

Such conflicts are shaped by pre-existing power imbalances which result in the lack of consideration of marginalized residents’ needs and demands in municipal decisions (procedural justice) (Wascher et al., 2015[4]). Even when participatory processes exist, they are often characterized by exclusive outcomes (see also Driver 7 Limited citizen participation in urban planning) (Anguelovski, 2013[5]; Fainstein, 2014[6]). In the end, what is allowed within participation processes is often a reflection of efforts to maintain existing and durable organizational alignments that make it difficult for new interests to be represented.

Due to the inter- and trans- disciplinarity that issues of sustainability and justice often require, urban governments can be limited by their own adoption capabilities. Organizational rigidity, for example, expressed through the unwillingness to change methods, metrics or objectives, can play an important role in holding back initiatives and practices that could act to the benefit of vulnerable groups and enhance social/environmental sustainability (through testimonial justice) (SHARECITY, 2019[7]). It is not always the rigidity of institutions that produce injustice, but the overly quick reactions by authorities and private organizations, whereby decision-making bypasses democratic processes of public debate.

A framework of “convergence”: challenges of scale and discipline.

The concept of “convergence”, was proposed to bring together the dual concepts of equality and planetary limits, seeking to examine relationships between sustainability and equity at multiple scales (global to local) and in multiple domains of activity (natural resources, energy, trade, governance, well-being). In this sense, the concept reveals a translocal dimension of justice in the city, the defining processes of which transcend the urban limits and expand to global connected networks of material/resource production, extraction, accumulation, waste, and labour/people’s exploitation, exclusion and marginalization.

According to interviewees from the CONVERGE project, efforts to bring such a multiple-scale perspective to urban sustainability was very challenging within the limits of existing institutions. Great divisions between sectors of environmental policy and development, and those broadly concerned with issues of (social and environmental) justice, make these connections hard to be institutionalised formally and in society.

“In relation to food, for example, Bristol can’t be self-sufficient, or even rely on its hinterland, nor reliant solely on the UK. So, from this perspective, convergence includes looking after the other parts of the world on which we depend for food, or other purposes. It was very difficult to get that into either practice or policy at city level, because it meant compromising immediate goals at city level and trading off with the needs of the global perspective”. 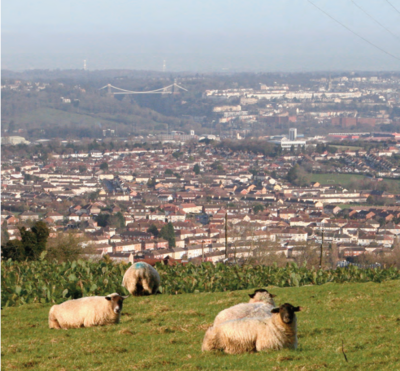 Photo by Bristol Food Policy Council. Bristol, like many cities in Europe, depends on strong institutional bodies to coordinate policies related to food security and imports. Unable to achieve full self-sufficiency, access is dependent on a globalized network and transparent collaboration.