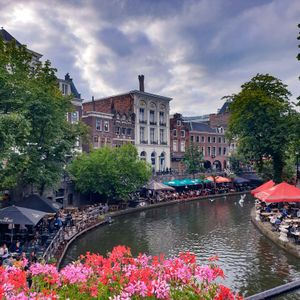 The Municipality of Utrecht has implemented “Utrecht maken we samen” (literally “We make Utrecht together”), an innovative participatory policy-making process involving residents, with the aim to support the city to become carbon neutral Photo by Jonne Mäkikyrö on Unsplash

The Municipality of Utrecht has implemented “Utrecht maken we samen” (literally “We make Utrecht together”), an innovative participatory policy-making process involving residents, with the aim to support the city to become carbon neutral. In 2015 a team of experts from the municipality of Utrecht organised three days of debate to develop the city’s 2016 energy and climate plan called “Energieplan” (Energy plan).

The participatory process was run by a diverse team consisting of: a researcher, a communication officer, a project manager (transition manager), an energy expert, an energy project manager, a planning manager, a logistics manager and a project coordinator. An energy consultant supported this team to produce information to be distributed to the participants, monitor progress and draft the energy plan based on the participants’ contributions.

The team randomly selected 165 residents equally distributed in terms of geographic area (i.e. neighbourhood representation) and gender. These participants received a financial compensation (a €300 voucher to be used freely or a €600 voucher to be used for energy measures or electric transport). Three participatory sessions took place between March and April 2015.

The Energy Plan was finalised and it is the result of the active engagement of residents and the constructive feedback provided by energy stakeholders.

The transformative potential of the participatory process organised by the Municipality of Utrecht relates on the one hand to its capacity for actively engaging citizens from different neighbourhoods. On the other hand, such process facilitates the 'co-creation of knowledge and collaboration between residents, energy experts and other local stakeholders. Through merging the needs towards sustainable energy futures with a strengthening of local democracy, public participation and inclusive citizens’ engagement, this process strengthened local energy democracy.

Photo by Jonne Mäkikyrö on Unsplash