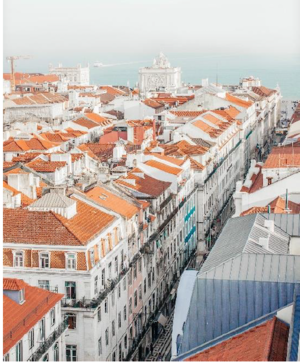 Participatory budgeting represents a form of citizen participation through which citizens have effective decision-making power over a portion of the municipal budget. Photo by Tomas Halajcik on Unsplash.

Participatory budgeting represents a form of citizen participation through which citizens have effective decision-making power over a portion of the Municipal Budget. In 2008, Lisbon City Council has introduced it in Lisbon. Citizens can submit proposals for the development of projects in the city. After this, citizens vote on projects that they want to see included in the Lisbon City Council Activity and Budget Plan the following year. So far, approximately 1950 projects have been funded. Since 2019, the participatory budget has been labelled as ‘green’, meaning that the budget has been designated to fund project proposals with the aim to contribute to sustainability and climate change mitigation and adaptation in Lisbon. This means that projects on sustainability and climate action are integrated into the city’s Participatory Budget (PB), called the Lisbon Climate Citizenship Commitment.

Within the framework of ‘Lisbon European Green Capital 2020’, the participatory budget has been transformed into ‘green participatory budget’ with the aim of encouraging citizens to propose projects related to sustainability and climate change mitigation and adaptation. The Lisbon's 'green' participatory budget was one of the first five innovative financing solutions supported by the City Finance Lab in 2018, a platform supporting the development of innovative financing solutions that increase investment in low-carbon, resilient and sustainable urban projects. This platform is managed by the company South Pole and operates across EIT Climate-KIC’s programmes.

The Green participatory budget shows the commitment of the City of Lisbon to promote an urban governance approach for sustainability transition. The Green PB encourages active engagement of citizens towards sustainability and supporting the collaboration between public authorities and citizens. Additionally, the initiative represent a catalyst to unlock private-sector capital for projects related to sustainability and climate change adaptation and mitigation. The potential for replication of this initiative in other cities is high since the City Finance Lab is promoting the process of scaling up of the Lisbon Green PB in other cities that already have set up Participatory Budgeting.