Elektrizitätswerke Schönau (EWS) is an energy supply company located in Schönau, Germany, in the Black Forest region. It was established in 1994 by a group of citizens - the “Parents for a nuclear-free future” association. The company operates the local power grid, sells green electricity throughout Germany and advocates a renewable energy supply. Since 1988, the changes in the regulation of the electricity market allowed EWS to supply its costumers with electricity generated from renewable and cogeneration sources. These sources are photovoltaic, wind energy, biogas, hydropower plants and power from small cogeneration units (generation of electricity and heat in just one device). Later on, EWS became a national scale electricity supplier. The company’s model is not only based on obtaining energy from renewable sources but also promoting the reduction of energy consumption and advocating for the energy transition.

“…Our cooperative is committed to the energy transition and a complete and efficient energy supply based on renewable energies. Civic engagement, codetermination and decentralization are among the cornerstones of our entrepreneurial activities” 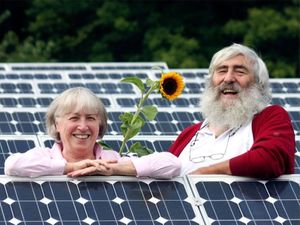 EWS supports the local economy by creating jobs, business activities and tax revenues for the local authority. The town council of Schönau has become highly aware of sustainability issues and has adopted a sustainable development political strategy.

EWS is more than an energy supplier: the company aims to foster a deep change in society by encouraging citizens to take action towards the energy transition.

The company contributes to accelerate sustainability transformation by fostering community participation in energy prosumerism and by engaging the local authority. EWS shows the potential of bottom-up initiatives to be scaled at the national level and to increase sustainability awareness of local authorities and residents as well as contributing to enhance the local economy. The EWS model can be inspiring for grassroots innovations or companies that could replicate this model in other contexts.