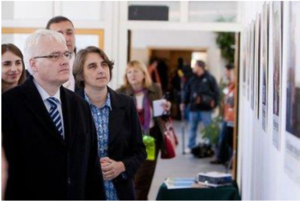 Ivanić-Grad, a 15.000 people town in Croatia is committed to decarbonise its community as part of its participation to the Covenant of Mayors. Since 2010, the municipality has initiated the ENGAGE campaign aiming at actively engaging citizens in energy-saving actions and raising awareness on sustainable energy.

"In the City of Ivanić-Grad the success of the ENGAGE Campaign is based on an excellent cooperation with stakeholders, associations and citizens. As a modern PR campaign, ENGAGE is implemented in every local event in the City” - Vlatka Berlan Vlahek, Head of Department of City Development, Ivanić-Grad

The Key achievements of ENGAGE campaign in Ivanic-Grad are the following:

The ENGAGE campaign run by Ivanić-Grad municipality encouraged citizens to take concrete actions and have more sustainable lifestyle. It also represented an opportunity for strengthening the dialogue and cooperation between the city and its community. The lessons learnt from the overall ENGAGE campaign shows that campaigns need to be dynamic and they need to continue for a long time in order to engage as much stakeholders as possible. In addition, a key success factor remains the integration of such a campaign into already existing initiatives of the local administration.