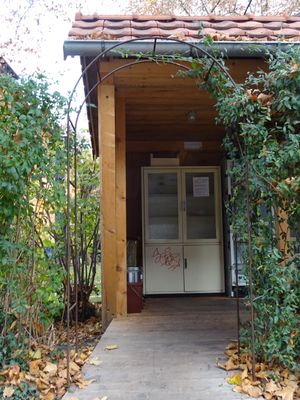 Imagine your city where surplus-food is not being wasted and is instead rescued and shared among (poorer) communities.

How do we get there?

For this to happen, citizens could have the leading role, identifying pertinent social problems in the food sector such as food waste and food insecurity. While these issues are often regulated by governmental policies (e.g. food waste management and food safety), community-based actions could be undertaken by citizens to complement them (Q10).

How can such citizens' initiatives thrive?

Such interventions require social resources to develop. For example, relying on a wider-community network could be of great support. Indeed, networks provide social movements with resources (human and material) and legitimacy (in the public opinion and political sphere) (Q13). In addition, community-based initiatives likely have better chances of success while relying on an established organizational structure with well-defined distribution of roles and responsibilities among community members, in tandem with some operating tools (Q15).

What legal obstacles may food rescuers face? And how could they cope?

Such a project could be faced with particular regulatory framework in the food sector that poses an obstacle to operations (Q18). Eventually, a problem may arise when community initiatives are asked to comply with regulatory policies that they often do not have the capacity to meet i.e. food handling (Q23). Therefore, strict regulations primarily designed for larger food producers and distributors can hinder or even prevent citizens’ initiatives.

Eventually, facing these kinds of obstacles could reinforce opposition between the intervention proponents and governing bodies. A positive effect may be the strengthening of the political line of the movement (Q24) and its establishment as an oppositional power challenging (dysfunctional) governmental policy (Q21). However, legal pressures to comply with the pre-existing framework to some extent reduces the potential impact of such projects.

How can we learn from such an intervention?

The different processes featured here could be recorded and shared within community networks (Q29). This allows the movement to spread and develop, facilitated by the local bodies of wider community-networks (Q31). Additionally, activists could actively engage in sharing their knowledge and tools for facilitating the replication of the intervention in other urban contexts. Thus, similar initiatives would be likely to develop elsewhere, either by sticking to the organizational structure of the movement or by inventing different ways of operating (Q33).

Take a look at the detailed description of Citizens rescuing and sharing food in Berlin that has inspired this scenario. Foodsharing is a grassroots initiative that thrives to rescue and share surplus food among citizens. Its proponent consider food as a "common good" which has to be exempted from monetary transaction. Check out their website (only in German), https://foodsharing.de/